Brodie must go to the local SPCA. My lovable sweet boy. Nine years old, affectionate but shy; he asks to be cuddled, rather than pushes for your attention. We've been together almost eight years.

Kiltie looks to be starting another urinary infection. So another round of antibiotics. If I could afford to feed her good, canned food, she likely wouldn't be experiencing chronic UTIs in the first place. 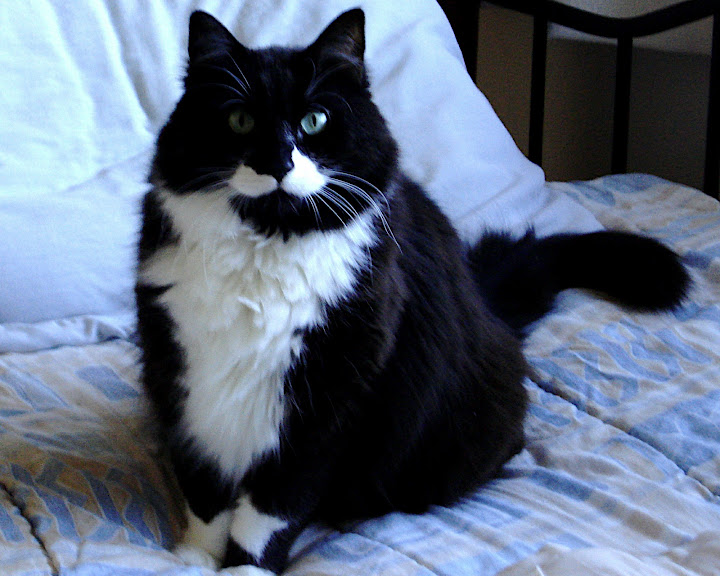 What I've been doing instead is feeding them both half canned, half dry - since neither will lay off the other's food. And Brodie eats four times as much as Kiltie.

I can't keep doing it anymore. Out of my $67/month food budget, comes the food I buy for the cats. Something has got to give. Brodie is the logical, heart-rending choice.

Now am off to the pharmacy for Kiltie's latest round of antibiotics. Am hoping to get a ride to the SPCA later today. The quicker I do this, the better. Both cats sense something is wrong.
Recommend this post