When one lives in paradise - Cowichan Valley, Vancouver Island -, one does not expect to see this on one's Google home page:

Have had that staring at me since yesterday. And now it's starting to SNOW.

OK, it's WET snow, but still things look to be getting serious.

Now last year, we had snow on November 30th. About 30 cms of the stuff. But that was OK, because less than ten cms fell over the course of the entire winter which followed. 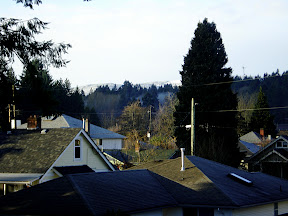 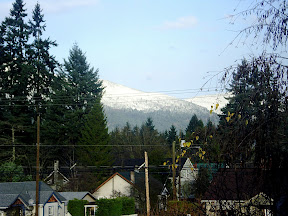 Yes, there were a few flakes which fell from the murky grey sky as I wrote this post yesterday - but then that was it! I awoke this morning, saw the occasional car driving along the road with snow on its roof, but there was not a single flake anywhere else except a scattering over on yon mountains.

That warning bar is still there though: SNOWFALL WARNING - WIND WARNING CONTINUED.