Shades of Things to Come? 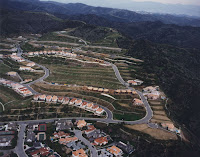 Living in Canada, we think nothing like this could ever happen here.

The story line here is familiar from headlines after the U.S. Supreme Court issued a 5-to-4 decision that almost everyone hated. It allowed the destruction of a Connecticut neighbourhood through eminent domain. It said ordinary people would lose their homes to make way for private development. Even a dissenting justice wrote that no property was safe or sacred anymore.

Yet, with the onslaught of land hungry developers wanting to build their idea of utopia, with little regard for the people who have slowly grown into a community, it may become a Canadian reality.
Recommend this post